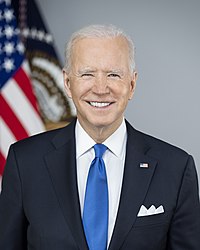 Official portrait of Joe Biden in 2021

Joe Biden was born on November 20, 1942 in Scranton, Pennsylvania. Before being the Vice President, he was a United States Senator from Delaware.