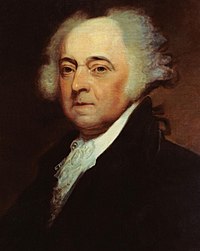 John Adams (1735-1826) was the second president of the United States, serving one term from 1797 to 1801. He was preceded by George Washington and was succeeded by Thomas Jefferson. John Adams was the father of the sixth president, John Quincy Adams.