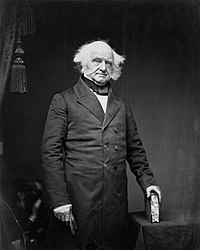 Martin Van Buren (1782-1862) was the eighth president of the United States, serving one term from 1837 to 1841. He was preceded by Andrew Jackson and was succeeded by William Henry Harrison.