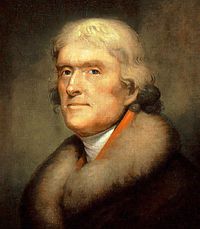 Thomas Jefferson (1743-1826) was the third president of the United States, serving two terms from 1801 to 1809. He was preceded by John Adams and was succeeded by James Madison.