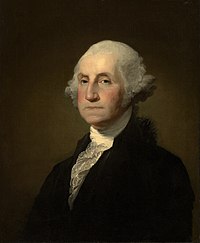 George Washington was the first president of the United States of America. 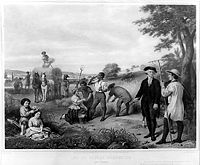 Following the war, Washington was elected the first president of the United States in 1789. Washington continued his presidency from 1789 until 1797. He resigned from office, and retired to Mount Vernon. He was succeeded by John Adams.

Washington died on December 14, 1799 at the age of 67. He was diagnosed with a severe inflammation of the upper airway. He and his wife Martha Washington are buried at Mount Vernon.

George Washington is on the U.S. dollar's one-dollar bill ($1) and twenty-five-cent quarter (25¢).