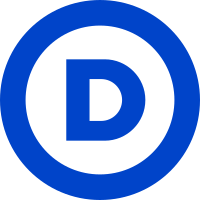 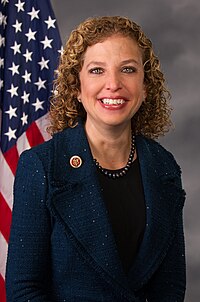 The Democratic Party is one of the two major political parties in the United States. The other one is the Republican Party. They are associated with being left wing and liberal, however their economic policies are often centrist or even center-right. The current chairperson is Debbie Wasserman Schultz, a Florida congresswoman.