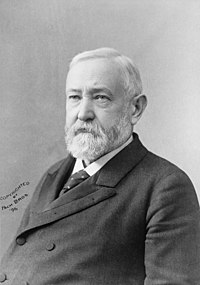 Benjamin Harrison (1833-1901) was the 23rd president of the United States, serving one term from 1889 to 1893. He was preceded and succeeded by Grover Cleveland. Benjamin Harrison was the grandson of the ninth president William Henry Harrison.