The Cheetah can weigh up to 100 kg and is up to 180 cm long. Has got long white fangs, sharp claws, a long tail and long legs. It has got black spots on its body and tail, so its fur is spotted. It has got whiskers, small brown eyes, a dark nose and round ears.

The cheetah (Acinonyx jubatus) is a large cat native.[1] It is the fastest land animal, capable of running at 80 to 128 km/h (50 to 80 mph), and as such has several adaptations for speed, including a light build, long thin legs and a long tail. Cheetahs typically reach 67–94 cm (26–37 in) at the shoulder, and the head-and-body length is between 1.1 and 1.5 m (3.6 and 4.9 ft). Adults typically weigh between 20 and 65 kg (44 and 143 lb). Its head is small, rounded, and has a short snout and black tear-like facial streaks. The coat is typically tawny to creamy white or pale buff and is mostly covered with evenly spaced, solid black spots.

The cheetah (Acinonyx jubatus Schreber 1775) is a carnivorous mammal.

Cheetah females are solitary or at most live with their young while males usually live with 2-3 other males who may be siblings, but not necessarily.

The cheetah lives in Africa and is the fastest animal in the world, eating gnus and zebras.

A film with a cheetah and Duma made by John Debney and George Acogny made in 1993,and there is also a cheetah for a friend.

In art the cheetah was very much portrayed especially in hunting portraits. 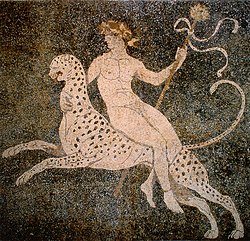 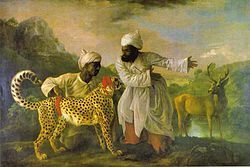