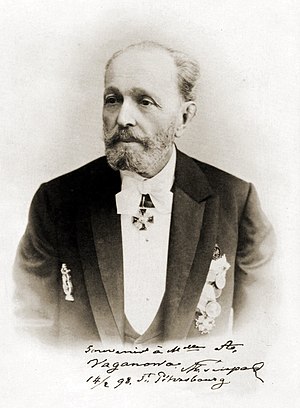 Marius Petipa was a ballet dancer and choreographer. He was born in France on 11 March 1818, and died in Russia on 14 July 1910. He choreographed many ballets for the Russian Imperial Theatres, notably Tchaikovsky's The Sleeping Beauty and The Nutcracker. He revived Giselle, Coppélia, Swan Lake, and other ballets in versions which are the foundations for modern productions. He had great influence on 20th century choreographers.