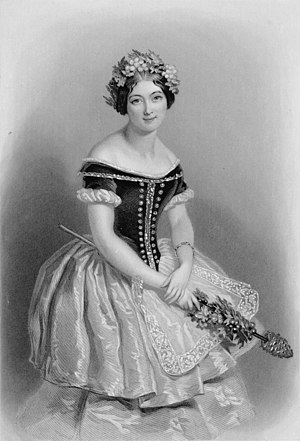 Giselle, or The Wilis is a romantic ballet in two acts. Theophile Gautier and Jules-Henri Vernoy de Saint-Georges wrote the story of the ballet. They based it on a short prose passage in Heinrich Heine's De l'Allemagne, and on Victor Hugo's poem "Fantômes". Adolphe Adam wrote the music. Jean Coralli and Jules Perrot designed the dances. The ballet was first performed in Paris on Monday 28 June 1841 at the Théâtre de l'Académie Royale de Musique. It was a great success. It was staged almost at once in Europe, Russia, and the United States.