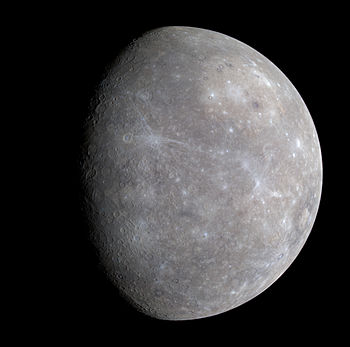 Mercury is a planet in the Solar System. It is the smallest of its planets and the closest to the Sun. It was named after Mercury, a god in Roman mythology.

It has the shortest orbital period of Solar system (88 days). It makes three turns back to itself every two revolutions around the Sun.

It has no atmosphere and has the similar plot to that of the Moon, because of meteorites; however Mercury has an iron core.