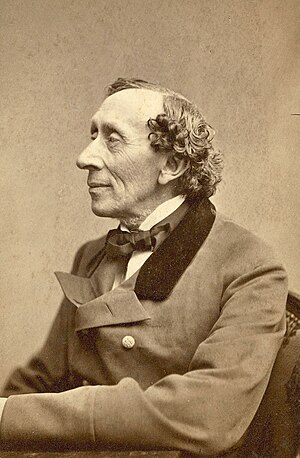 Hans Christian Andersen (1805-1875) was a Danish writer. He was born in poverty in Odense, Denmark to a struggling shoemaker. He grew up longing for a better life.

At age 14, he went to Copenhagen, Denmark. He hoped to find a career in the theatre, either as an actor or dancer.

After years of rejections and disappointments, Andersen finally gained fame with a book about a walking tour of Copenhagen. He then decided to settle upon a career as a writer.

Andersen wrote novels, plays, travel books, poems, and short stories, but he is best remembered around the world for his many fairy tales. These include The Ugly Duckling, The Emperor's New Clothes, The Snow Queen, The Nightingale, The Little Match Girl, and Thumbelina.