The flag of the Canada

Canada is a country in North America. Its capital is Ottawa and its biggest city is Toronto. Its official languages are French (in Quebec) and English.

Canada has more than 34 million inhabitants. Its area is about 9 980 000km2. It is the second largest country in the world by area. 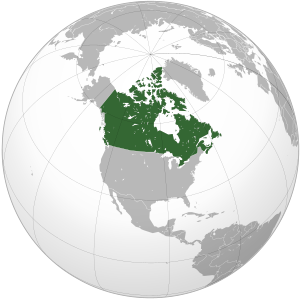 Location of Canada in North America

Canada is divided into regions called "provinces" and "territories".