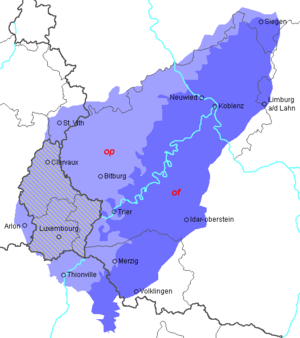 The area where Luxembourgish is spoken