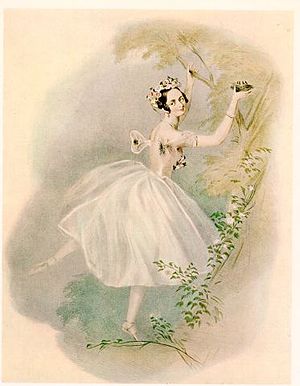 La Sylphide is a romantic ballet in two acts. The ballet story was written by Aldolphe Nourrit. He based it on the 1822 novel, Trilby, ou Le Lutin d'Argail by Charles Nodier.

The music was composed by Jean-Madeleine Schneitzhoeffer, and the choreography was composed by Filippo Taglioni. The story is about a sylph (fairy) who lures a young Scotsman away from his bethrothed. She dies when the Scotsman accidentally kills her while trying to capture her.

The ballet was first performed on 12 March 1832 at Théâtre de l'Académie Royale de Musique by the Paris Opéra Ballet. It starred Marie Taglioni. The ballet was a huge success.