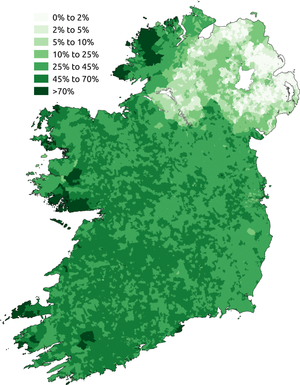 Irish (Gaeilge) is a Celtic language, which is mostly spoken in Ireland. Originally, it was spoken by nearly all Irish as first language, but today it is mostly spoken as second language. Nowadays, most Irish use English, while learning Irish at school.