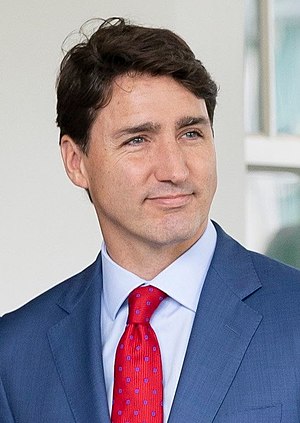 Justin Pierre James Trudeau, (born December 25, 1971 in Ottawa), is a Canadian politician. He is the 23rd and current Prime Minister of Canada. His father, Pierre Trudaeu, was born in Montreal on October 18, 1919 and was the 15th Prime Minister. He was elected in 2015. He went to McGill University in Montreal where he received a Bachelor's degree (3-5 years in Canada) in liberal arts, and later attended the University of British Columbia. He married Sophie Grégoire on May 28, 2005.