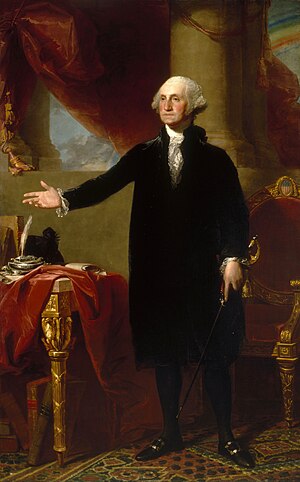 George Washington was the head of state of the United States between 1789 and 1797.