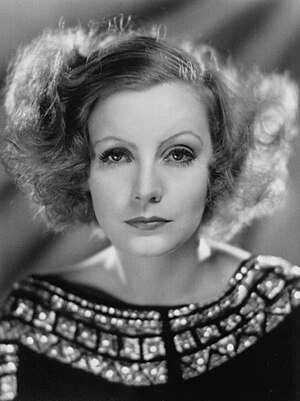 Greta Garbo (18 September 1905 – 15 April 1990) was an American-Swedish actress during the 1920s and 1930s. Garbo is one of the most well-known actresses during this time. She played firstly during the silent film area, but later played in talkies.