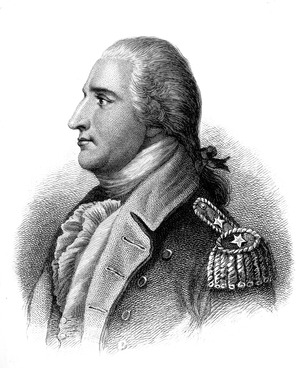 Benedict Arnold (January 14, 1741 – June 14, 1801) was an American military officer, who fought during the American Revolutionary War. He fought for the American army against British and had the fullest trust of president George Washington. Washington had given him the command of the fortifications in West Point, New York. Arnold planned to surrender the fortifications to the enemy. The plot was discovered in 1780 and Arnold fled to the British. He switched sides and now fought for the British army against the American.

Arnold is named the "biggest traitor in American history" and he became a byword for the treason and betrayal against someone's home country.