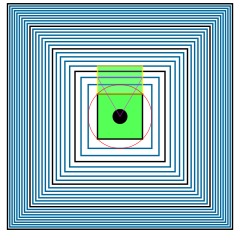 The square root, also called radiation, is an arithmetic operation, the inverse of the square of a number. The square root of any number is the number which can be multiplied by itself to yield the first number.

, is sometimes represented by