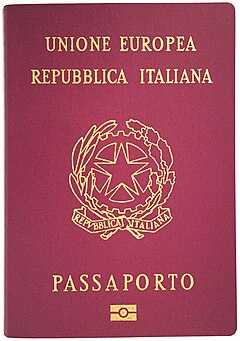 The inside of a United States passport.

Passports usually have a person's picture, signature, date of birth, nationality. Many countries are now making passports with biometric properties. This helps confirm that the person carrying a passport is the real owner.

In 1920, the International Conference on Passports, Customs Formalities and Through Tickets made a law that said passports must be issued in French and at least one other language. Now, many countries issue passports in English and the language(s) of the issuing country.