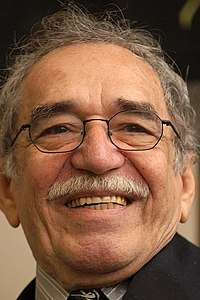 His famous book One Hundred Years of Solitude was written in 1967.

He created a new type of writing called Magic Realism.

Other books he wrote were The Autumn of the Patriarch, and Love in the Time of Cholera.