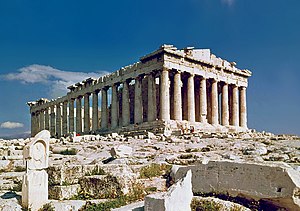 The Parthenon, a well-known ancient building in Athens 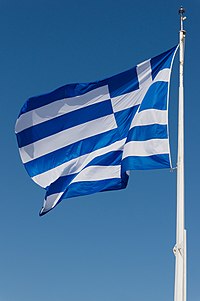 the inhabitants are Greeks

The Anfidromie were family celebrations that took place on the 5th (or seventh) day after the baby's birth. During these festivals there was the purification with water of the mother and of all the people who had attended the birth (midwife, helper, etc.). In these feasts, which was the moment when the baby was integrated into the community, the infant was rushed around the hearth.

The Acropolis of Athens can be considered the most representative of the Greek acropolis. It is a fortress, flattened at the top, which rises 156 meters above sea level above the city of Athens. The plateau is 140 m wide and almost 280 m long

Moussaka It's like an aubergine Parmigiana, cooked in the oven with a little tomato sauce. The ingredients are cinnamon, aubergine, minced meat, onions, potatoes, butter and flour. The whole is covered with a layer of cream.

1. The Rise of Athens: The Story of the World's Greatest Civilization Hardcover – Deckle Edge, December 6, 2016