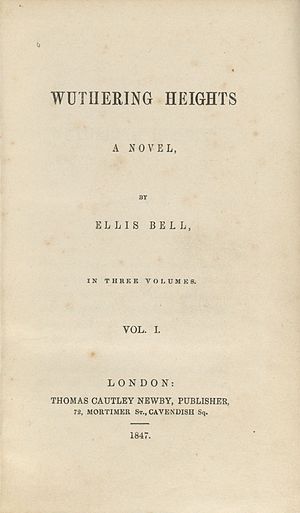 The story starts with the visit of Sir Lockwood to Thrushcross Grange, which he has rented. In the first three chapters he visits Wuthering Heights, where Sir Heathcliff lives. Sir Heathcliff owns the two mansions. For it's to late to return, Sir Lockwood has to sleep in Wuthering Heights. In his room he discovers graffiti and books of one named Catherine. Catherine appears in ghost form and Lockwood is convinced it was real. He tried to escape Wuthering Heights, but is injured. On Thrushcross Grange the housekeeper Nelly Dean tells him the long story of the two houses, Catherine, Heathcliff and how it is connected to the modern day.