From Vikidia, the encyclopedia for 8 to 13-year-old children that everybody can make better
(Redirected from Wikijunior:Europe/Russia)
Jump to: navigation, search 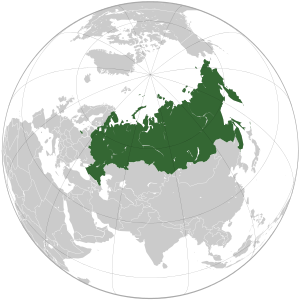 Location of Russia in the World

Map showing location of Russia in the world

Russia is a country in Europe and in Asia. It is the largest country in the world by area. Most of the country is located in Asia, but the major centres of population are in Europe. In Europe, it shares borders with Finland, Estonia, Latvia, Belarus, Lithuania, Poland, Ukraine, Kazakhstan, Georgia, Norway and Azerbaijan. The capital city is Moscow. Other big cities in European Russia are Saint Petersburg and Nizhny Novgorod. The currency of Russia is the Russian ruble. This immense strech of grassland, thick, evergreen forest, and tundra is crossed by gigant rivers. Vast areas of Siberia are almost untouched by human activit, yet industrial regions set up under communism (1922-1991). Russia is rich in natural resources, like oil and gas; it has the largest forest area in the world; and its lakes contain one-quarter of the world's fresh water.

The discovery of gold in the 19th century opened siberia up to economic and industrial development. We can found reserves of oil ,coal and gas in the west,wich is now the main center for oli extraction.Far,mer make crops like Wheat,  barley, rye, oats, potatoes, sugar beets ,corn, sunflower seeds.

siberia's harsh climate has restricted farming to the south,where there are a few areas warm enough to grow cereal crops such and to raise cattle on the small pockets of pasture.the region is used for hunting,herding reindeer anfd forestry. In kazakhstan, big herds of cattle, goats and sheep are raised for wool and meet. 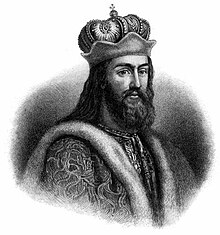 Vladimir I of Kiev, who accepted Christianity in 987

The ancestors of modern Russians were the eastern Slavic tribes. In year 882 they created the state called Rus' . The capital city was Kiev (now in Ukraine), where the rulers from the Rurikids dynasty resided. In 10th century they accepted Orthodox Christianity from the Byzantine Empire.

In the 13th century, all Russian territory was invaded by the Mongols (also called Tatars), who ruled the land for the next three centuries. During this period, known as the Tatar yoke, Moscow gradually came to power. Grand Dukes of Moscow united surrounding lands and in 15th century finally defeated the Tatars.

Over the centuries of its existence, the geography and climate of Russia has directed the expansion of its borders as the Russian people seek "warm water ports" in which to be competitive with the rest of the world. This can be illustrated by their expansion down the coast of the Baltic Sea, to the eastern edge of the continent, and their involvement in Afghanistan in the 1980s. 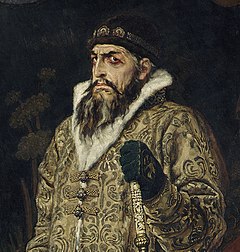 In 16th century Ivan the Terrible was crowned as the first tsar (emperor) of Russia. During his reign Russia gained large territories along the Volga river. He had no heirs, so after his death a period of unrest began. After that a new dynasty of Romanovs was started. Under their rule the Russian Empire became a world power.

During 17th century Russia expanded eastward, through annexation and exploration. New cities in Siberia (Krasnoyarsk, Yakutsk, Irkutsk) were founded as military garrisons and trading posts. By the mid-17th century there were Russian settlements in Eastern Siberia, on the Chukchi Peninsula, along the Amur River, and on the Pacific coast. The Bering Strait between Asia and North America was first sighted by a Russian explorer in 1648.

At the beginning of 18th century Tsar Peter I (or Peter the Great) founded a new capital in the north and named it Saint Petersburg. Under Catherine II (Catherine the Great), in alliance with Prussia and Austria, Russia eliminated Poland-Lithuania in a series of partitions, gaining large areas of territory in the west. During the Napoleonic Wars Russia was against France. In 1812 Napoleon with his army captured Moscow, but was ultimately defeated; strong winter was very tough for French army. This defeat marked a huge blow to Napoleon's ambitions of European dominance. 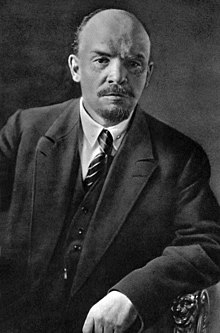 Vladimir Lenin, leader of the Bolsheviks and founder of the USSR.

In 20th century, Russia was the leading country in the USSR (Soviet Union). In 1917 the "working masses" of Russia, lead by Vladimir Lenin, revolted against the tsar in the October Revolution. Tsar Nikolai II and all his family were killed. The capital was moved again to Moscow, and Saint Petersburg was renamed as „Leningrad”. The factories were nationalized and the farms were joined into „collective” farmlands called kolkhoz. All the industries ran according to 5-year plans.

The Soviet Union was a massive country consisting of Russia, Kazakhstan, Ukraine and many other countries. It was a super power until it ended in 1991.

During World War II, Nazi Germany invaded the Soviet Union. After the Battle of Stalingrad, the Soviets started to drive the Germans out and followed them to Berlin. After the war USSR occupied Central Europe, including Eastern Germany. The Soviet Union engaged into a technological race with USA. USSR became a nuclear superpower and launched a first manned space flight (cosmonaut Yuri Gagarin). But the economy stagnated and wealth inequality rose after capitalistic reforms and the people weren't satisfied with the government. The USSR splintered into fifteen independent republics and was officially dissolved in December 1991.

The Russian climate and geography is very diverse. Throughout much of the territory there are only two distinct seasons — winter and summer. Spring and autumn are usually brief periods of change between extremely low temperatures and extremely high ones. The coldest month is January and the warmest usually is July. In winter, temperatures get colder both from south to north and from west to east. Summers can be quite hot and humid.

In western Russia there are the world's largest forest reserves which are often known as the Lungs of Europe. Mount Elbrus, on Russia's border with Georgia, is the largest mountain in Europe at 5,642 metres.

Russia has thousands of rivers and inland bodies of water, providing it with one of the world's largest surface water resources. The largest and most recognized of Russia's bodies of fresh water is Lake Baikal, the world's deepest, purest, and most ancient freshwater lake. Lake Baikal alone contains over one fifth of the world's fresh surface water. Other major lakes include Lake Ladoga and Lake Onega, two largest lakes in Europe. Of Russia's 100,000 rivers, The Volga River is the most famous not only because it is the longest river in Europe but also because of its major role in Russian history. 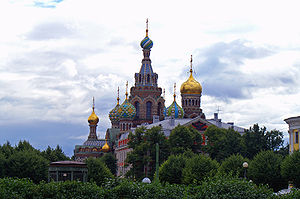 Church of the Savior on Blood in St. Petersburg.

The population is around 143 million. Russia is multi-ethnic country. People of about 160 nationalities live there. Ethnic Russians are about 80% of the population in Russia. Other significant minorities include Tatars and Ukrainians. Majority of the population lives in the cities, western part of the country has higher population density. The language of Russia is Russian although lots of other languages are also spoken. Because of Russia's enormous size there are many religions practiced in the country. The majority of people are Orthodox Christian but there are also large minorities of Muslims, Buddhists, Catholic Christians and Jews. 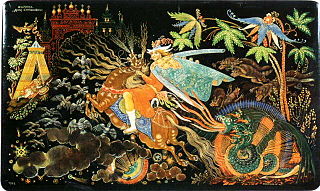 Russia has unique and distinctive culture. Russian literature is widely known all over the world. The most famous Russian writers include Leo Tolstoy, Fyodor Dostoevsky, Aleksandr Solzhenitsyn. Russia is also known for its classical music and ballet. Pyotr Ilyich Tchaikovsky wrote music to some of the world's most famous ballets: Swan Lake, The Nutcracker, and The Sleeping Beauty. Matryoshka dolls and different styles of handicraft, like Palekh and Khokhloma, represent Russian folk art.

Tourists to Russia are required to purchase a visa, in addition to having a valid passport. The majority of tourists to Russia visit the western cities of Moscow and St. Petersburg, since these cities are the sites of some of the most famous attractions of Russia, such as the Red Square, Saint Basil's Cathedral, the Moscow Kremlin, the Peter and Paul Fortress, the State Hermitage Museum and the Church of the Savior on Blood in St. Petersburg. A popular vacationing destination is the city of Sochi, known for its beaches, and the host city of the 2014 Winter Olympic Games. Russia has many World Heritage Sites especially in Moscow and St. Petersburg.