From Vikidia, the encyclopedia for 8 to 13-year-old children that everybody can make better
(Redirected from Uranus (planet))
Jump to: navigation, search 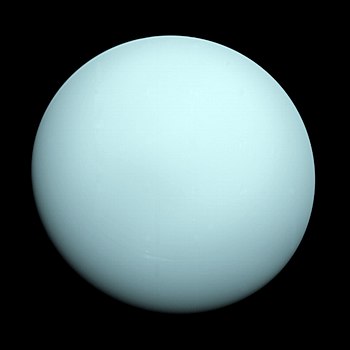 Uranus is a planet in the Solar System. It is the seventh-closest and second-farthest planet from the Sun. It was named after Uranus, a god in Greek mythology.

Uranus was discovered on March 13, 1781 by William Herschel. It had been seen before, but Herschel was the first person to realize that it wasn't a star.