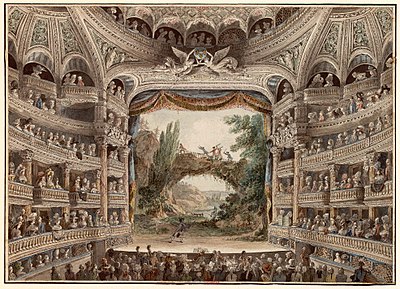 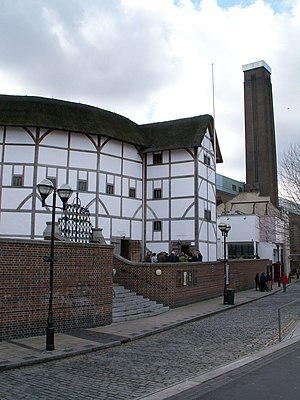 This is the symbol used to refer to the theater, as it symbolizes both genres: comedy and tragedy.

The theater is one of the forms of scenic art. In it, the actors represent stories using distinct elements, like costumes, scenery, and music.

The origin of the theater goes back several centuries before Christ. The theater was a form of representation common to all the civilizations of the world, usually to represent rituals and pay worship to the gods. But the form of theater that is known today was born in ancient Greece (see Theatre of ancient Greece).

Originally, theatrical works were performed which depicted the life of the gods, in which young people danced and sang during the time of the grape harvest. In time, this form of celebration became more popular and began to be practiced in the village squares.

During the Roman Empire, they began to build stages as are known now and the first forms of scenery and decoration.

Over time, each village developed their own form of theatre. In the Greek theater, they interpreted tragedies and comedies, but there are many other types of theater, for example the opera, born in Italy, and the Japanese theater.

A theatrical work is a story that is represented by the acting and has some basic elements:

The text is the story that counts the work. Generally, the works of the theater are written in a book that is called a script They are written in dialogue form, because this is what the actors should say when they are acting. The script also has clarifications about how they should dress and what expressions the actors should put on. However, they don't have to have a text. In that case, the actors use their creativity to invent a situation in the moment that they are acting. This is called improvising.

The director is the person who is responsible for directing the play. He indicates to the actors how they should perform the play and also decides how the set should be and the music. He is very important, because he puts together all the elements of the theatre to make the play look good.

The actors represent the characters of the story. To bring the role to life, they use costumes and makeup.

The scenery is the set that is used in the play. It can be a landscape or building or simply some items of the place in which the actors are. The decor helps the public imagine the scene better.

Theater Day is celebrated on March 27. This date was set on 1961 by the initiative of UNESCO, during the congress of International Institute of Theater, in commemoration of the inauguration of the festival Theatre of Nations in Paris.