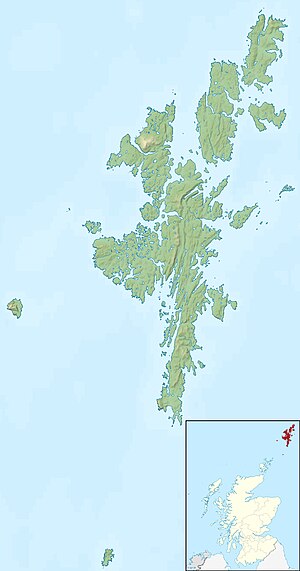 A map of the islands

Shetland or the Shetland Islands are a British archipelago. Shetland is a part of the Northern Isles of Scotland. They're located north of the Orkney Islands, south of the Faroese Islands and west of Norway. The administrative centre of the islands is Lerwick.