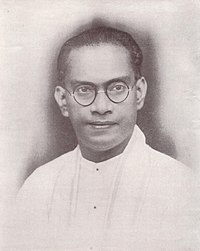 Bandaranaike was born on 8 January 1899 in Colombo, Ceylon to a Christian family, and had Solomon Dias Bandaranaike, the Maha Mudaliyar (the chief native and advisor to the Governor) of Horagolla Walauwa in Atthanagalla, as a father. In order to join Sri Lankan Politics, he converted into Buddhism. later in life. He received his secondary education at St Thomas' College and went on to study modern greats at Christ Church, Oxford University, where he was Secretary of the famous Oxford Union.

As said before, Bandaranaike converted into Buddhism in order to join politics. Bandaranaike was very active in the Ceylon National Congress (CNC). He was elected in 1926 to the Colombo Municipal Council (CMC). He then served in the State Council of Ceylon from 1931 to 1947. Bandaranaike wanted to raise Sinhalese culture, so he created the Sinhala Maha Sabha (SMS) in 1936. In 1946, he backed away from the United National Party (UNP). He then established the Sri Lanka Freedom Party (SLFP) in 1951.

Bandaranaike then became the fourth Prime Minister of Sri Lanka in the 1956 elections in a landslide, at the head of a four-party coalition with a no-contest pact with the Lanka Sama Samaja Party and the Communist Party of Sri Lanka. As SWRD wanted, he made Sinhalese the official language of the country, affecting the Sri Lankan Politics for over decades (which erupted the Tamil Tigers).

As said by most, Bandaranaike made Sri Lanka into the country now is. And he caused a lot of problems, such as removing British air bases in Katunayake and China Bay and removing the naval base at Trincomalee. And Bandaranaike's failure into forgetting about the Sri Lankan Tamils let to many casualties of Tamils in the 1950 riots.

SWRD Bandaranaike got shot and killed by a disgruntled monk named Talduwe Somarama on September 25, 1959, and died the day after. His wife, Sirimavo Bandaranaike, won the 1960 elections and became the first female prime minister in the world.