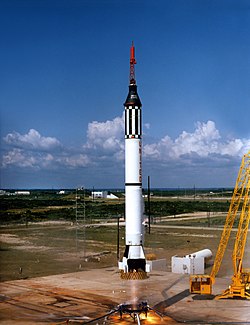 A rocket in astronautics is a vehicle which sends a satellite or some astronauts into space.

Rockets are generally tube-shaped (except the Space Shuttle).