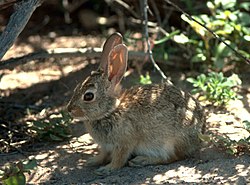 The rabbit is a mammal who lives in forests and woods. It is herbivorous and eats grass, plants and vegetables. It has four pairs of incisives. It is part of the Lagomorpha order. It is found in several parts of the world.

The scientific name is Cuniculus of Oryctolagus.

Rabbits by their nature are rather shy, but like all other living things, there are endless varieties of characters.

There are shy rabbits, others less, others playful or sleepy rabbits.

It lives almost all over the world, as it is widespread by man, and in particular in Europe, its place of origin, but you can find it also in Australia and New Zealand.

The domestic rabbit descends from the wild rabbit, an animal that lives in Western Europe and northwest Africa.

The adventures of a white bunny

the story of Peter Rabbit

the bunny who was always afraid

Fairy tale of the rabbit and the lizard 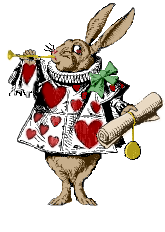 They do not eat all the faeces they expel, but only a part of them with an average of once a day, usually early in the morning or at night.

The domestic rabbit is a mite, friendly, docile and herbivorous animal.