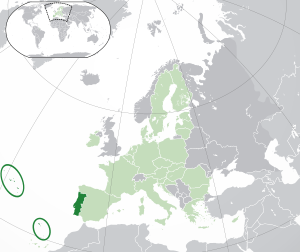 Location of Portugal in Europe

Portugal is a country in south western Europe.