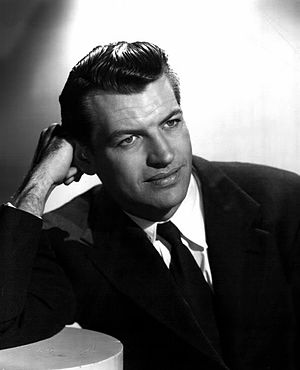 Pollyanna is a 1960 movie produced by Walt Disney. The movie is based on a 1913 book of the same name by Eleanor Porter. David Swift wrote the screenplay, directed the movie, and plays a fireman in an early scene.

The movie did not do as well at the box office as expected. Disney believed man and boys stayed away because the book had the reputation of being a "sweet and sticky" story for girls.

The movie is notable for its careful and loving reconstruction of life in a turn-of-the-century American town. Critics agree that Pollyanna is one of Disney's finest live-action movies. 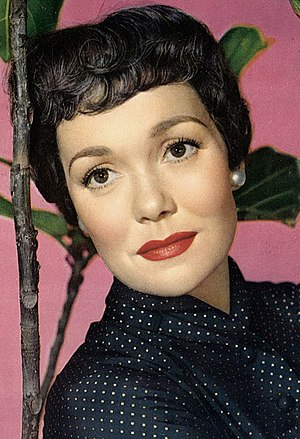 Pollyanna is the young daughter of missionary parents. She has only known a life of deprivation and denial. After the deaths of her parents, she comes to live with her rich, snobbish American aunt Polly Harrington in a small American town. Aunt Polly is a cold unsympathetic spinster, and has little to do with the child, though she does buy her stylish new clothes. Aunt Polly confines Pollyanna to a stuffy, little attic room, strictly supervises her, and forbids her to run or play, and will not allow her to socialize with the townspeople.

Pollyanna does socialize with the townspeople however. Her cheerful outlook on life despite her childhood of hardship makes many friends for her. She joins the townspeople in organizing a bazaar to make money to build a new orphanage. Her aunt has forbidden her to do this. She attends the bazaar late one night by climbing down an enormous tree outside her attic window. She has a wonderful time.

Returning home hours later, she falls from the tree. Her legs are seriously injured. She may not walk again, but Doctor Chilton convinces Pollyanna and her aunt to travel to Baltimore for a difficult operation. Pollyanna's spirits are at their lowest point, but they rise when the townspeople appear at the door bringing good wishes and bouquets of flowers. Pollyanna knows she is loved and leaves in high spirits with her aunt for Baltimore.

Hayley Mills won the 1960 Academy Juvenile Award for her performance, and also received a BAFTA nomination for Best Actress.