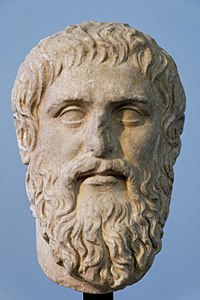 He was a pupil of Socrates. He was the founder of the Academy in Athens, the first institution of higher learning in the Western world. One of his pupils was Aristotle.

Plato wrote extensively. His works are considered the foundations of western philosophy and science.