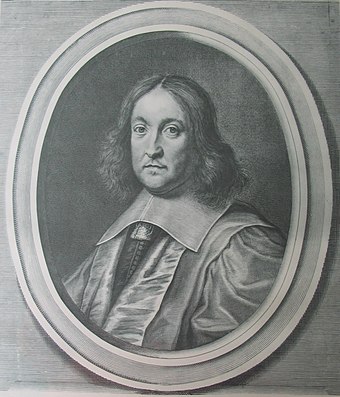 Pierre de Fermat is one of the top ten greatest mathematicians in history. He was born in southwestern France in 1601. Pierre de Fermat received amonastery education. He attended the University of Toulouse.

What did he invent?[edit | edit source]

Pierre de Fermat established the foundations of the theory of probability.[1] He credited “Monsieur Fermat's method of drawing tangents”. Already it is clear that Fermat has changed the world we live in, because everybody from insurance companies to stock markets use probability theory. For example, Fermat showed that 26 is the only number trapped between a square and a cube, because :

We have to solve it ![edit | edit source]

Pierre de Fermat wrote the theorem but he never said how to resolve it. So, during 300 years plenty of mathematicians tried it and finally it's Andrew Wiles that solved Fermat's theorem in 1994. Andrew Wiles was so proud and happy that he cried, he even said "It was the most, the most important moment of my life."

When Fermat wrote some notes, saying things like "I can prove such and such but I have to feed the cat", or "I can solve a particular equation but I have to wash my hair", and all of these notes were discovered after his death. Mathematicians across Europe studied Fermat's observations and attempted to rediscover the proofs behind the theorems. Over the course of the next century, each theorem was proved, except for the one, which would become known as Fermat's Last Theorem (that was solved by Andrew Wiles.) "There is a statue of Fermat and his muse in his home town of Toulouse."[2]