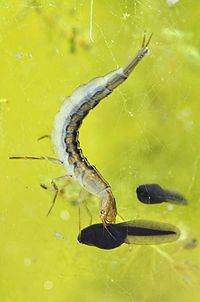 A bat ray, in a kelp forest.

A dog vomit slime mould, on a dead log. 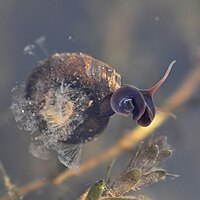 A ram horned snail, with vorticella growing on its shell.

Vorticella, seen at the microscope.

An electron microscope image of a vibrio, the cholera microbe.

Saffron, among others plants.

An organism is a living being. There are many, many kinds of different organisms known on Earth, with about 8.7 millions species. Living beings can be as different as, for example, a yeast, an elephant, a bacteria or a mango tree... snakes, molds and tomatoes are also living beings. Even us, the human beings, are part of it !

Despite this seemingly huge diversity (called the biodiversity), all organisms share unique features, which make scientists to believe they're all descendants of a same common ancestor : they are all made of cells, with some of them having billions, while others can be made with only one. They all have a genetic information, bear by the DNA molecule. And they all have the same "language" to "understand" the genetic information (called the genetic code).

There are so many kinds of different organisms, that they are classified in different groups :