Norman Perceval Rockwell was an American painter. He is best known for the 323 Saturday Evening Post magazine covers he painted over a 47-year period. He published his autobiography in 1960, and received the Presidential Medal of Freedom in 1977.

Scout at Ship's Wheel, Rockwell's first published magazine cover illustration, from the September 1913 cover of Boys' Life for the Boy Scouts of America

At age 14, Rockwell transferred from high school to the Chase Art School. He later pursued art training with the National Academy of Design, and the Art Students League. There, he was taught by Thomas Fogarty, George Bridgman, and Frank Vincent DuMond.

In 1913, Rockwell became art editor for Boys' Life, a monthly magazine published by the Boy Scouts of America. He held the position for three years. He painted several covers including his first published cover.

At this time, he painted the first of his covers for the Saturday Evening Post. His success with the Post led to work with Life Magazine, Literary Digest, and other magazines. 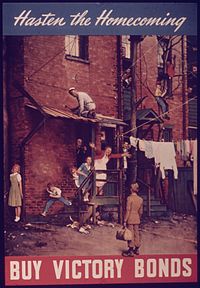 During World War II, Rockwell worked as an artist for the military. In 1943, he painted his well known Four Freedoms series. Following his wife Mary's death in 1959, Rockwell and his son Thomas wrote his autobiography, My Adventures as an Illustrator. It was published in 1960.

In 1963, his relationship with the Post ended, and he passed the following ten years working for Look magazine. His paintings there focused on space exploration, civil rights, and poverty.

Rockwell was commissioned to paint the portraits for Presidents Eisenhower, Kennedy, Johnson, and Nixon. He also painted portraits for foreign figures, including Gamal Abdel Nasser and Jawaharlal Nehru. One of his last works was a portrait of Judy Garland in 1969.

Rockwell received the Presidential Medal of Freedom in 1977. He died November 8, 1978, of emphysema at age 84 in Stockbridge, Massachusetts.

Rockwell was married three times. First, to Irene O'Connor, in 1916. They divorced in 1930. He then married schoolteacher Mary Barstow. They had three children: Jarvis Waring, Thomas Rhodes and Peter Barstow.