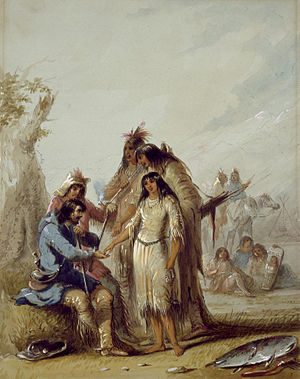 The Trapper's Bride by Alfred Jacob Miller, 1858. In this picture, a trapper pays $600 for his Indian bride.

A mountain man was an explorer, trailblazer, and animal trapper in western North America. The population of mountain men flourished between 1810 and 1880, and peaked in 1840. They were well known throughout the Rocky Mountains region.