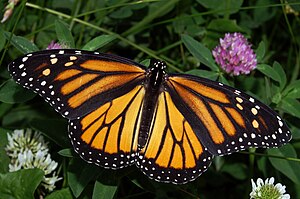 Female monarch butterfly in May 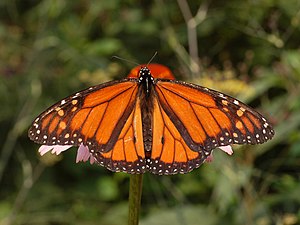