The location of Monaco.

Monaco is a tiny country (the second smallest in the world) located in southern Europe. It shares a border only with France. The capital city is Monte Carlo. Monaco is not part of the European Union but it has a very close relationship with European countries and uses the Euro as its currency.

The Grimaldi family has ruled over Monaco since 1297 and the state's sovereignty, or right to self-govern, was officially recognized by the Franco-Monegasque Treaty of 1861. Despite being independent, Monaco's defense is still the responsibility of France.

Monaco is the smallest French-speaking country in the world. It had a total area of 1.95 square kilometres but after expansion into the sea its area is now 2.05 km². Monaco is noted for its beautiful, hilly, rugged, and rocky natural scenery and its sunny Mediterranean climate with mild, wet winters and hot, dry summers.

Because of Monaco's small size there are no mountains or lakes within the country. The highest point is 163 metres on the southern slopes of Mont Agel, although the highest parts of this mountain are located in France. 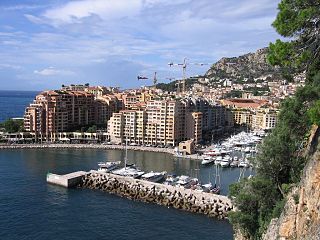 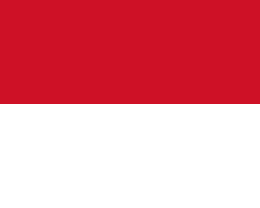 The largest proportion of residents are French nationals, followed by Monegasque, and Italians. French is the only official language, but Italian, English, and the two local languages, Monégasque and Occitan, are also spoken. The literacy rate is 99%.

(HDI) rating in the world . Monaco is a popular base for rich people from around the world because of no income taxes. The enormous success of the Monte Carlo Casino provides income to Monaco and its Royal Family meaning residents pay less taxes.

Monaco is well-known around the world for being a place for the rich and famous. Expensive and luxurious resorts, hotels and apartments as well as low taxes make the country a popular location for the richest people in the world. The Formula 1 Monaco Grand Prix is famous too and attracts many tourists. The Monte Carlo Casino attracts gamblers from around the world.

The country is home to several large marinas for luxury yachts, sandy beaches and restaurants specialising in French and Italian cuisine.