Messiah is an oratorio with music by George Frideric Handel, and words by Charles Jennens. The subject of Messiah is the Nativity, Passion, Resurrection, and Ascension of Jesus Christ.

Messiah had its first performance in Dublin, Ireland in April 1742. Its London premiere followed in 1743. Both premieres were modest successes. In modern times, Messiah is the most frequently performed choral work in the world. 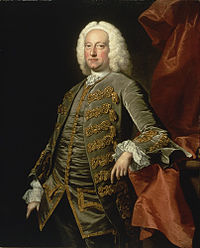 Messiah has been described by the early-music scholar Richard Luckett as "a commentary on [Jesus Christ's] Nativity, Passion, Resurrection and Ascension", beginning with God's promises as spoken by the prophets and ending with Christ's glorification in Heaven.

Jennens' intention was not to dramatize the life and teachings of Jesus, but to acclaim the "Mystery of Godliness". Jennens' libretto is a compilation of extracts from the Authorized (King James) Version of the Bible, and from the Psalms included with The Book of Common Prayer. 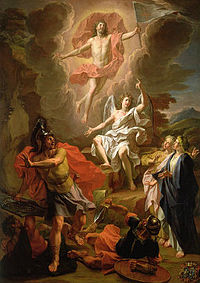 The Resurrection of Christ by Noel Coypel, 1700

In Part I, the Messiah's coming and the Virgin Birth are predicted by the Old Testament prophets. The annunciation to the shepherds of the birth of the Christ is represented in the words of St Luke's Gospel.

Part II covers Christ's Passion and his death, his Resurrection and Ascension, the first spreading of the Gospel through the world, and a definitive statement of God's glory summarized in the "Hallelujah".

Part III begins with the promise of Redemption, followed by a prediction of the Day of Judgment and the "general Resurrection". It ends with the final victory over sin and death and the acclamation of Christ. 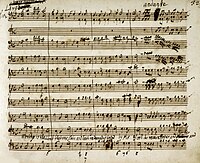 "Worthy is the Lamb" in the original manuscript

The music was completed in 24 days, and many of its numbers are well known away from the oratorio. The most famous number is probably the "Hallelujah" that closes the second part. It is said the king of England was so impressed with Messiah that he stood during this chorus, and, because he did, everyone else was required to stand as well. Standing during this chorus has become a concert hall tradition that is observed in many places. 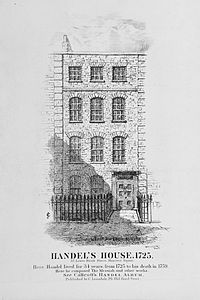 Handel's house in London where he composed Messiah

Messiah was first performed on 13 April 1742 in Dublin, Ireland at the Great Music Hall in Fishamble Street. This performance was a benefit for three charities: prisoners' debt relief, the Mercer's Hospital, and the Charitable Infirmary. Enough money was raised at the performance to free 142 indebted prisoners. 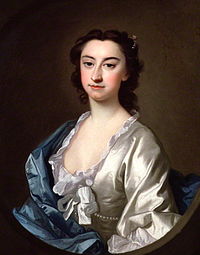 The orchestra in Dublin consisted of strings, two trumpets, and timpani; the number of players is unknown. Handel had his own organ shipped to Ireland for the performances; a harpsichord was probably also used.

Christina Maria Avoglio sang the soprano solos, and Susannah Cibber sang the contralto solos. The male solos were assigned to members of the choir. The choir consisted of 16 men and 16 boys assembled from the choirs of St Patrick's Church and Christ Church Cathedral in Dublin.

Messiah is considered by many to be one of the greatest works of music in the western world. The oratorio is performed annually, usually at Christmas or Easter in western Europe and North America.