From Vikidia, the encyclopedia for 8 to 13-year-old children that everybody can make better
(Redirected from Mars (planet))
Jump to: navigation, search 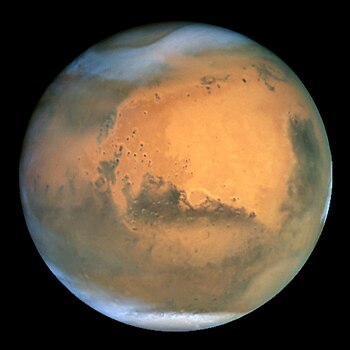 Mars is a planet in the Solar System. It is the fourth-closest planet to the Sun. It was named after Mars, a god in Roman mythology. Mars is a telluric planet. Mars mass is equivalent to 0,107 times the earth mass. It is a very cold planet where the temperature is around -63°.

Mars has two moons, Phobos and Deimos who are measuring less than 25 kilometers.