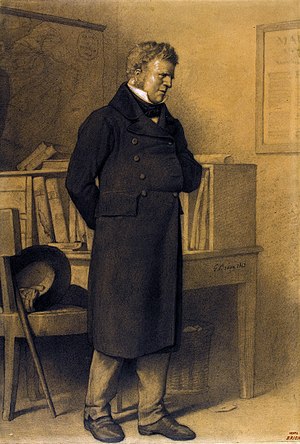 Les Misérables is a novel by French writer Victor Hugo, which he published in 1862. It is considered to be one of the best novels of the 19th century. In the English speaking world, the novel is referred to by its French name. This name means something like The Miserable Ones. Along with The Hunchback of the Notre Dame it is viewed to be one of the most popular works of Hugo.

The story takes place between 1815 and 1832. Jean Valjean, a criminal who convicted for 19 years for stealing a bread for his starving sister and family, is finally released, but due to his yellow passport people avoid him. The Bishop Myriel takes him in. After Valjean tries to steal the silverware and is caught, the bishop pretends as if he had given the silver to Valjean and gives him two silver candlesticks. The bishop tells him to help the people. Valjean throws away his passport and becomes mayor by the name of Monsieur Madeleine. His identity is so good, even his former jail inspector Javert doesn't recognize him at first. Later, Fantine, a factory worker who got fired and had to sell everything she had, dies in the arms of Valjean. She asks if Valjean will take care of her daughter Cosette, who lives by the terrible Thénardiers in a hotel. Valjean takes Cosette to Paris and treats her as her own daughter, while the are hunted by Javert. A few years later, Cosette is in love with Marius, a student who wants to overthrow the French king in a revolution.

Les Misérables has many storylines. The book is made into a musical, several movies and plays.