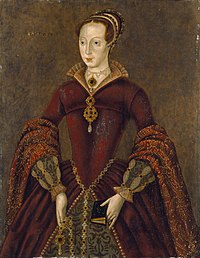 Edward VI chose her to succeed him to the throne of England instead of his half-sister Mary, a Roman Catholic. He feared Mary would overturn his reforms to the Church of England and return the kingdom to Catholicism.