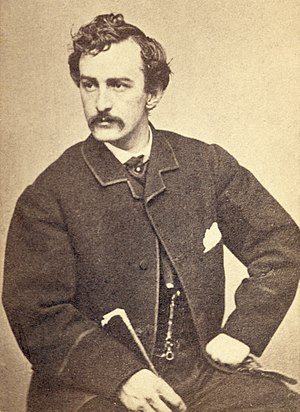 John Wilkes Booth (May 10, 1838 – April 26, 1865) was an American stage actor. He was a member of a distinguished theatrical family of Maryland. He opposed the abolition of slavery. He assassinated President Abraham Lincoln in Ford's Theater in Washington, D.C. on April 14, 1865. Although there were several conspirators in the plot to kill Lincoln, only Booth successfully carried out his part. Booth was killed by Union troops in a barn in Virginia.