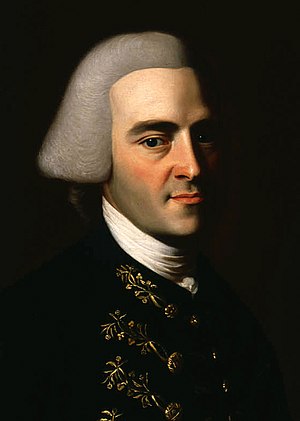 John Hancock (January 23, 1737 – October 8, 1793) was an American statesman and patriot during the American Revolutionary War. Hancock served as president of the American Congress and was the first and third governor of the state of Massachusetts. He was one the people who signed the United States Declaration of Independence and was probably the most recognizable sign on the paper. Hancock is known for his large and stylish sign. In the United States, a signature is still called a "John Hancock".