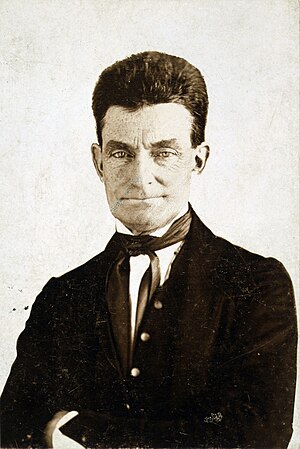 John Brown (May 9, 1800 – December 2, 1859) was an American abolitionist. He believed the only way to end slavery in the United States was through insurrection and armed conflict.

In 1859, Brown led an unsuccessful raid on the federal armory at Harpers Ferry. He was captured, tried for treason, convicted, and sentenced to death by hanging.

His story was told in the 1940 movie Santa Fe Trail. Brown was portrayed with little sympathy in this movie as a wild-eyed madman. There are several novels about John Brown.