James VI and I

From Vikidia, the encyclopedia for 8 to 13-year-old children that everybody can make better
(Redirected from James I of England)
Jump to: navigation, search 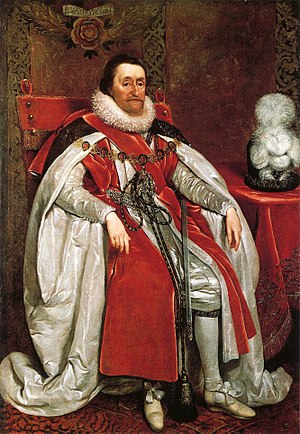 King James I and VI

James VI and I (19 June 1566 – 27 March 1625) was King of Scotland as James VI from 24 July 1567 and King of England and Ireland as James I from the union of the Scottish and English crowns on 24 March 1603 until his death. He styled himself "King of Great Britain and Ireland". Literature flourished during his reign, but his greatest accomplishments were the translation of the Bible into English as the Authorized King James Version, and the British colonization of the North American continent.