From Vikidia, the encyclopedia for 8 to 13-year-old children that everybody can make better
(Redirected from Italian)
Jump to: navigation, search 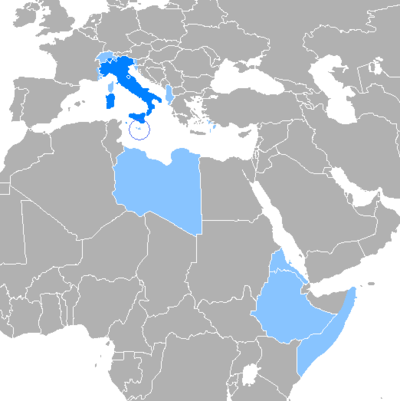 Italian (Italiano) is a Romance language.

In Africa, Italian is spoken by some in Libya, Eritrea, and part of Somalia because of Italian colonization. It is also spoken in Ethiopia because of the occupation before and during World War II.